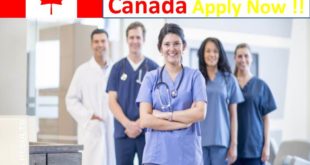 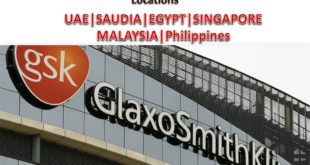 Mint leaf medicinal Benefits, Mint is a noble plant. It enjoys great fame in all cultures for its aroma, versatility, and ease of cultivation healing properties. It is located in the Labiatae to which also belong Marjoram, Basil and Pennyroyal among others. mint leaves medicinal benefits Comman variety of mint plant medicinal uses among which are the Mentha piperita, Mentha viridis, Mentha espicata and Mentha sativa, Mentha piperita being the most used worldwide.
We do not know exactly how this plant has spread. The interesting thing is that the healers of India mint used 5,000 years ago in their Ayurvedic remedies. They determined that the mint had a cold energy, a spicy flavor and was beneficionsa to treat conditions they still classified as air, fire and water. In other words balancing the elements. That spicy flavor is similar to spices.

It is a stimulant and expectorant, factors necessary to maintain the vitality and strength of metabolism. It is used in India for the treatment of febrile conditions, nausea, indigestion, depression and headaches.
In addition, the Chinese civilization has also been used for thousands of years mint as a resource for health maintenance. In China, known as Bo Hé. And according to the 5 Element Theory of Acupuncture and the energy of the Mint, penetrates the meridians Lung and Large Intestine corresponding to the metal element. According to Doctors of Oriental Medicine, mint gives effect to the wind dissipates heat and eliminates toxins which makes it useful in windy conditions-hot as headaches, sore eyes, sore throat, flatulence, toothache and ulcers by mensionar few.
Mint plant medicinal uses we can Get More Information on wikipedia.The writings of many mint. For example the plant is mentioned in the Ebers Papyrus, an ancient medical text. It has also been mentioned by the famous German medieval herbalist Hildegard of Bingen; English herbalist Nicholas Culpeper as in Greek and Roman texts. In fact according to the Greek philosopher Theophrastus (300 BC) mentha name was derived from a character in Greek mythology, Mintho, it was a beautiful maiden in love Pluto. When Persephone (who reigned over the kingdom of Pluto) was realized what was happening was jealous and turned his powers to Mintho in a plant. Pluto failed to restore life, but gave the plant its aroma and medicinal qualities.
Today Mint has innumerable uses. The leaves infusion (20 grms. Per liter) stimulates digestion, the nervous system and the body in general. It is useful in colds facilitating expectoration, dissolved gases, calms the nerves, relieves nausea, helps menstruation and expels worms.
As if that were not enough, mint compresses on the forehead relieves headaches. The peppermint oil applied to dental cavities soothes pain. The essential oil relieves infant colic; two drops are sufficient. Summarizing, we have that peppermint is effective as a digestive aid, anesthetic, decongestant, prevention of diseases and women’s health problems. As a matter of safety it is important that the reader knows that pure menthol is poisonous. Two grams (one teaspoon) could be fatal.
Formerly, the essence of mint was a favorite of the philosopher Seneca, who, though stoic, died in a bath of mint leaves. The culinary virtues of mint were also famous. Pliny said that the mere scent of mint restored and revived the spirit in the same way that the taste excited appetite.