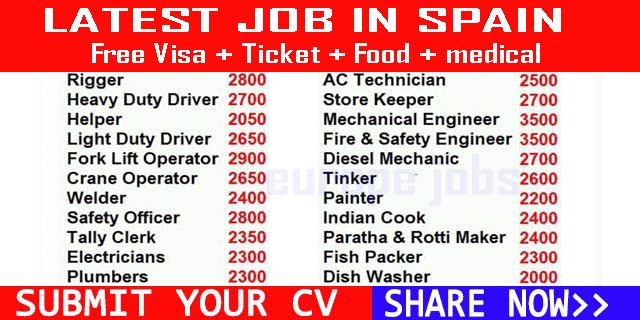 500,000 jobs! Yes, you read that right. This is the figure that has secured Economy Minister Luis de Guindos, during the control session the Government in the House of Congress . As pointed out, this year Spain will grow “much more” than the EU average and has been estimated at about 500,000 jobs that the government hopes to create in 2015 .

Just over a year ago that employment increases in seasonally adjusted terms, the permanent contracts increased by 200,000 and households with all members occupied grew by 400,000, while in families where all are unemployed fell by 160,000.

He has also explained that thanks to the measures of the popular Executive, “Spain is emerging from its longest and deepest of its recent economic history crisis” and that prospects for 2015 are “positive” .

De Guindos recalled that between 2008 and 2013 national income fell 7% and nearly 4 million jobs were destroyed. “But today’s perspective, with recent developments and the perception of the Spanish economy is totally different from what we had just three years ago . ”

“This year we will grow much more than the European average, and create 500,000 jobs. Things change so a few years ago! “He added. Previously, various Government officials, including the Minister for Employment, Fatima Banez, had placed the job creation this year to 600,000 jobs .

FOR JOBS IN SPAIN APPLY HERE: